The second Naval Commanders' Conference was held by the Indian Navy to address the threats of maritime activities by China in the Indian Ocean Region (IOR).


The second Naval Commanders’ Conference was held by the Indian Navy from October 31 to November 3 with an objective to address the convergence of the Indian Tri-services and their common operational environment, and avenues of augmenting synergy between the Indian Navy, Air Force and the Army. A key focus of the conference has been maritime activities by China in the Indian Ocean Region (IOR) among other issues related to India’s maritime security.

As per the statement by India’s Ministry of Defence, the conference plays a significant role due to the dynamic and fast-paced developments in security imperatives in the IOR. The geostrategic environment of the Indian Ocean Region has been a key concern for the Indian Navy. Admiral R Hari Kumar, India’s Chief of Naval Staff stated in September that an aggressive and expansionist posture by China presents a formidable challenge to India’s maritime security in the region.

On the Chinese Navy units, India’s Navy Chief had stated the Indian Navy keeps “an eye on them and observes how they are undertaking their activities in the IOR.” He had revealed that “At any point, we have anything between five to eight Chinese Navy units, be it warships or research vessels, and a host of Chinese fishing vessels operating in the IOR.” The Navy Chief’s remarks had come at a plenary session on India’s Naval Revolution, at the 49th National Management Convention.

The Indian Ocean Region serves significant importance for the Indian Navy in maintaining the integrity of the nation’s maritime borders. The Indian Navy is actively engaged in safeguarding the international trade routes that pass through the region and conducts anti-piracy operations off the eastern African coast.

However, the proximity of the region to China enables Beijing to utilise its own anti-piracy operations in the region as a veil to conduct nefarious activities. China’s recent posturing in the IOR has seen a rise in an aggressive stance. This was evident from Beijing’s decision to send a ‘Yuan Wang 5’ spy ship which was docked at Sri Lanka’s Hambantota Port on the southern coast from August 11 to August 23. This posturing by China presents a serious threat to Indian interests in the region. 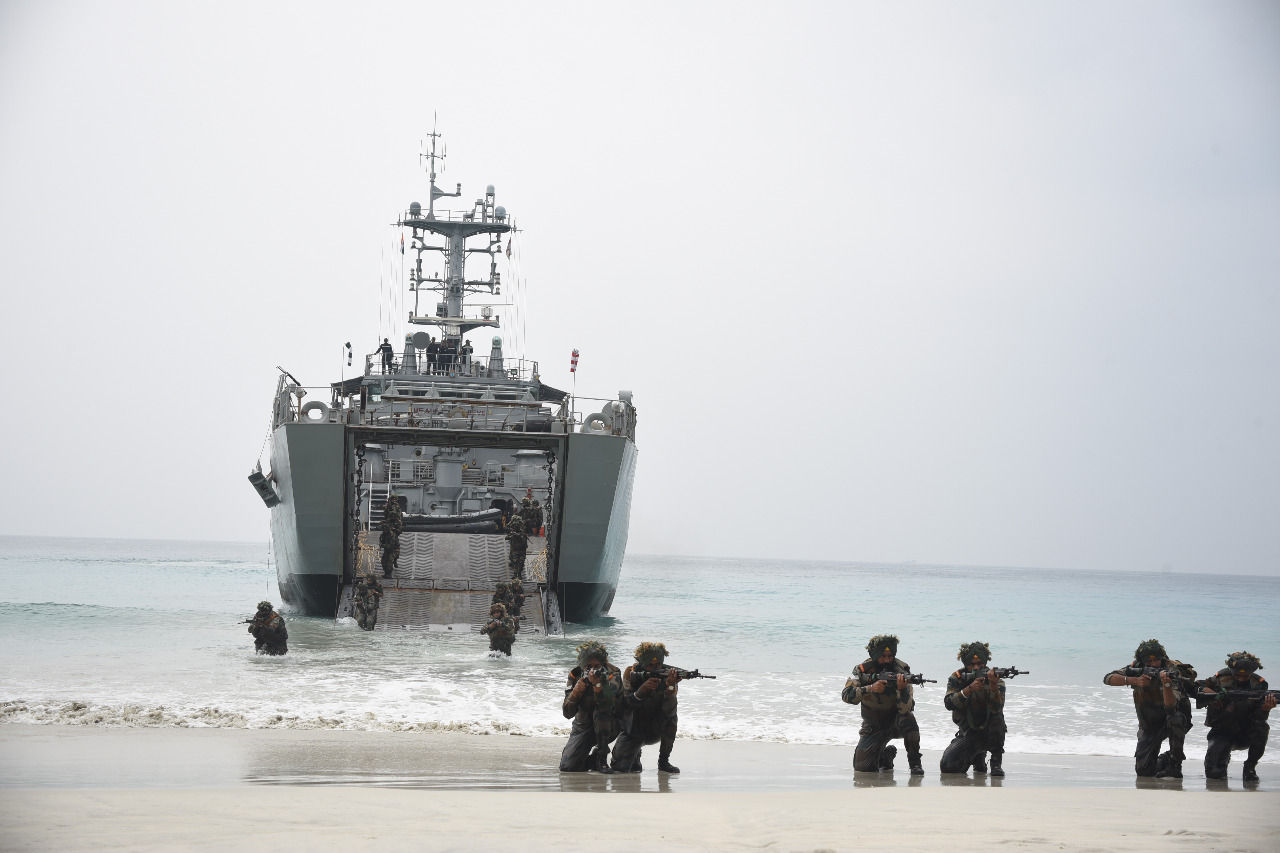 The presence of the Chinese spy ship had presented a strategic threat to India as the ship’s signals intelligence (SIGINT) feature could have collected various electronic signatures from India’s military bases.

Meanwhile, Sir Lanka has maintained bilateral ties with China on a wide range of issues. However, this stance of Sri Lanka fired back when it was forced into economic turmoil after being overpowered by China’s debt trap. Sir Lanka’s economic crisis gave China leverage to further its geopolitical interests in the region.

India’s manoeuvring in the IOR to counter China

The Indian Navy has showcased its capabilities to counter the threat from China from time to time. Indian Navy has often resorted to the deployment of submarines like INS Vela, to accomplish long-duration deterrence patrols. As per a statement by the Ministry of Defence, the diesel-electric attack submarine INS Vela successfully completed an eight-month deployment to the IOR recently and returned on October 15.

In another instance, India showcased its power in the Indian Ocean Region after it successfully launched the K-15 ‘Sagarika’ ballistic missile with a range of 750 kilometers. The missile was launched on October 14 from INS Arihant, which is India’s first indigenous nuclear-powered ballistic missile submarine.

The Indian Navy is actively engaged in building its warfighting capabilities as well as a diplomatic approach with friendly foreign nations. The Indian Navy participates in maritime exercises with Australia, Japan, Singapore, Malaysia, Tanzania, Indonesia, Mozambique and the US. The exercises not only enhance defence cooperation and synergy between the participants but also demonstrate the power wielded by the navies of the respective nations. Recently, India concluded a trilateral maritime exercise with Tanzania and Mozambique. It marked India’s strong presence off the eastern African coast. 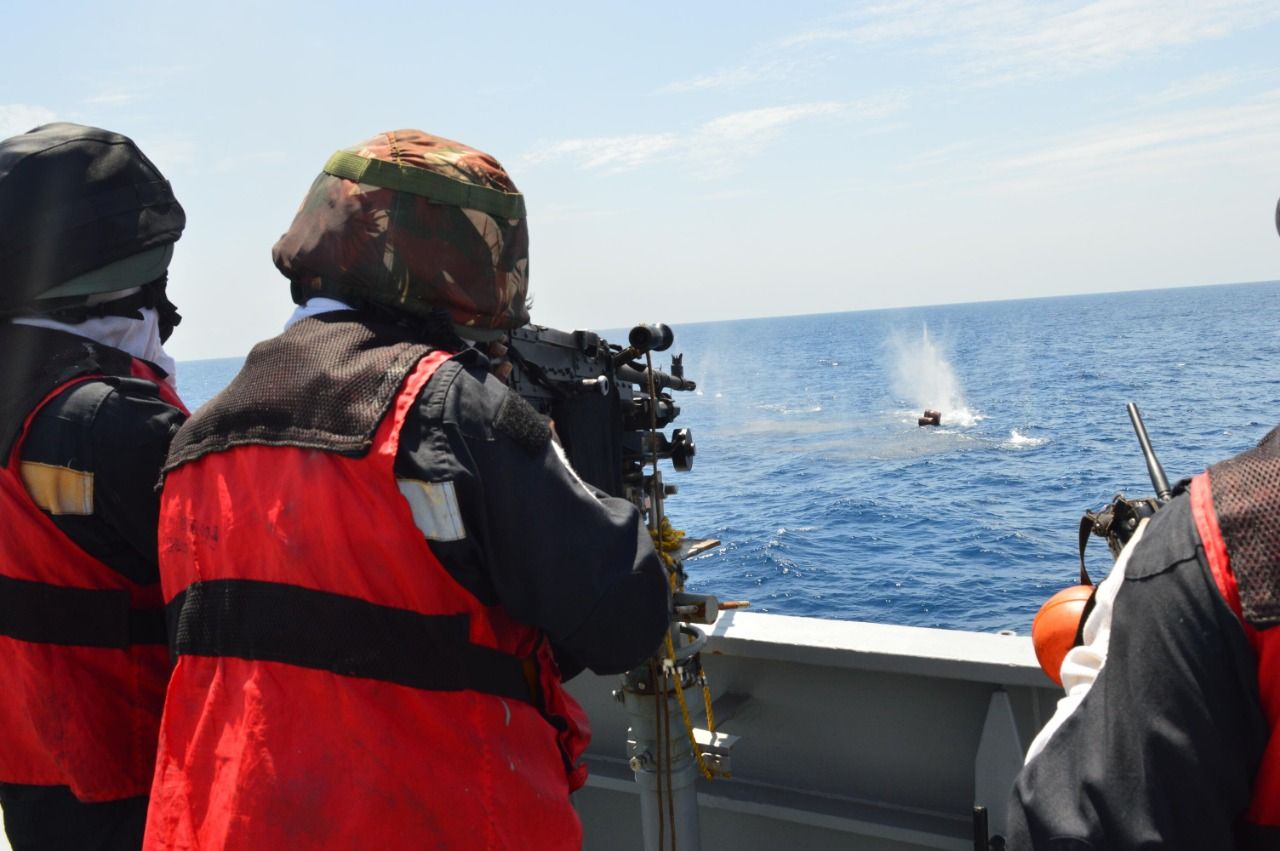 Moreover, the South China Sea issue and China’s aggressive stance towards Taiwan in the recent past have highlighted Beijing’s ill intentions toward its neighbours. ASEAN nations like Brunei, the Philippines and Vietnam have been on odd terms with China over the differences in their maritime territorial claims. More so, many nations share New Delhi’s concerns and apprehensions about China’s moves in the Indian Ocean Region and its rise as a naval power. Therefore, several power blocs such as the QUAD undertake collaborative measures to ensure stability, security, and freedom of trade in the region.